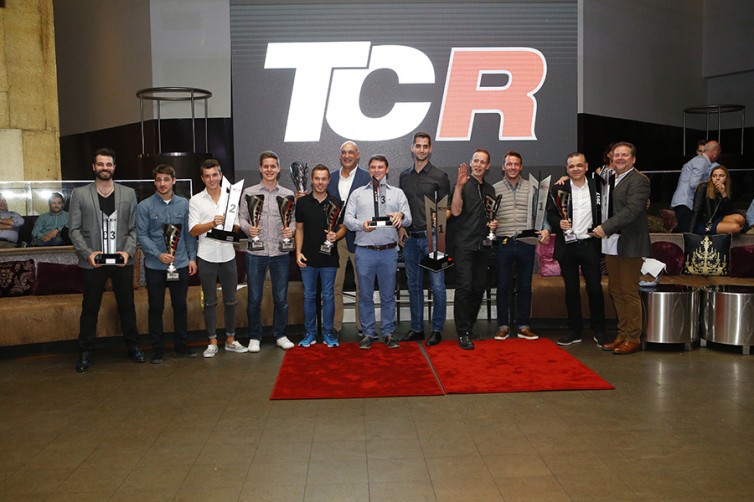 The night of the TCR Awards

TCR celebrated its champions in an end of season gala party that was held at the spectacular setting of Dubai’s N’dulge Night Club at Atlantis.
The first part of the evening was dedicated to the TCR National Series, represented by Josh Files and Benjamin Leuchter who claimed titles of the ADAC TCR Germany and the VLN’s TCR class respectively.
The TCR Regional series awards were collected by Files, for TCR Middle East, TCR Asia promoter David Sonenscher on behalf of the series’ champion Kantadhee Kusiri and Aurélien Comte, the winner of the TCR Europe Trophy.
The event culminated with the TCR International Series. M1RA’s principal Dávid Bari collected the trophy for the winning team, while Lukoil Craft-Bamboo Racing and Leopard Racing Team WRT were the runners up. Jean-Karl Vernay was crowned Drivers’ champion ahead of Attila Tassi and Stefano Comini, while Volkswagen Motorsport’s Eduard Weill, the Head of Customer Sport, received the trophy for the Model Car of the Year won by the Golf GTI.
A special trophy for the Global Model Car of the Year, based on the results of all the TCR series worldwide, was awarded to the SEAT León and handed to SEAT Sport Director Jaime Puig.
After the traditional family pictures for prize winners, drivers and staff, the ceremony turned into a proper party.