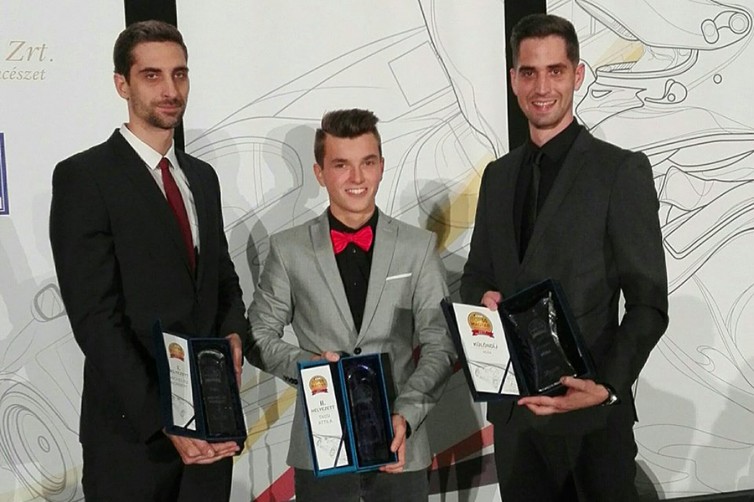 A few weeks after clinching the TCR International Series’ Teams’ title, M1RA was named Hungary's 'Team of the Year' at the Autósport és Formula Magazin awards in Budapest.
M1RA’s team principal Norbert Michelisz and Attila Tassi were also awarded with first and second places in the 'Driver of the Year' award for being runners up in the FIA WTCC and the TCR International Series respectively.
With Michelisz not attending due to the clash with the FIA Gala, his race engineer Gergely Bári collected his trophy, while M1RA’s team manager David Bári received the ‘Team of the Year’ award.

A delighted Michelisz said: "Autósport és Formula is one of Hungary's most prestigious motor racing publications. I'm thrilled to be Driver of the Year again and extremely proud of the team at M1RA. We were only formed in March and now we're TCR International champions, so that's pretty incredible. This award is a very fitting reward for our efforts, so thank you to everybody who was involved in the process."