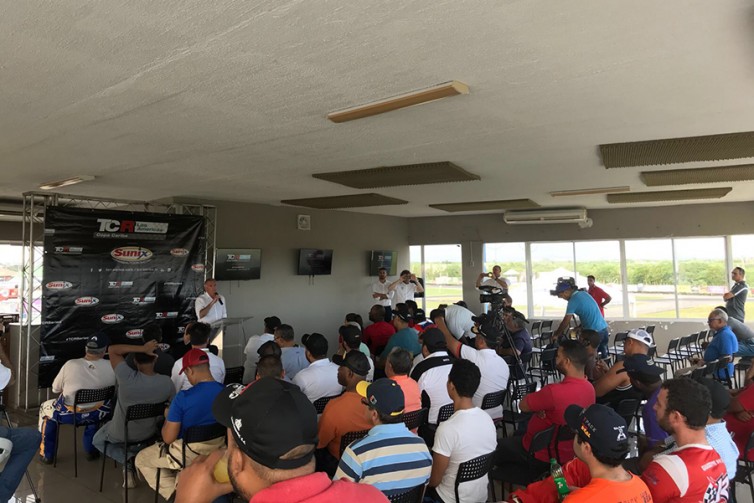 The TCR Las Américas Series was officially presented last Saturday at Santo Domingo’s Autódromo Sunix, where a group of drivers from Central America was invited to test the first TCR cars that were shipped to the region.
TCR promoter Marcello Lotti presented the TCR concept and the series that will kick-off with an inaugural event at Santo Domingo on May 6, 2018 and will be run and promoted by DRE Ltd. a company managed by Kiko Cabrera.

“Finally we have been able to get TCR Las América underway, although a bit later than expected. The previous plans have been delayed because we felt the need to better understand the situation of the local competitors. This also enabled us to find enthusiastic and reliable partners for running the series, so now we can be confident that it will be successful. In fact there is a lot of interest in Central America, a region that has always had good tradition for touring car competition,”said Lotti.

Later a dozen of local drivers had the opportunity to test an Audi RS3 LMS, a SEAT León and a Volkswagen Golf GTI.
For its maiden season the TCR Las Américas series will race three times in Santo Domingo and twice in Mexico; dates and venues of the Mexican rounds will be communicated in due course.