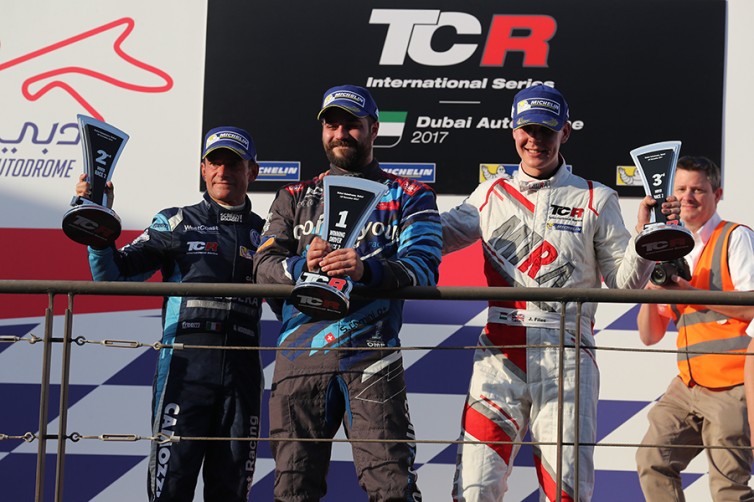 Driver quotes after the second race

Stefano Comini: “It’s nice to finish the season on a high and to hand over the crown to Jean-Karl Vernay with a win. It has been a very tough year for us, but it was great to be part of the Comtoyou project, which only took off two weeks before the start of the season. It’s a little big family, which I am proud to belong to. Today, Race 2 was pretty good; it generally is when you start at the front and have no extra weight! Missing the runner-up position in the final standings by only one point is not a problem: second is always the worst place to be, but to be on top of the final podium is a good reward for everybody in the team and at Audi. We still have a lot of development work to do on the car, but the basis is good, we did some good work and we’ll come back stronger next year.”

Gianni Morbidelli: “I am happy to finish the season with a second place. It’s a very good result, considering the 20 kilos of Success Ballast we had; on a circuit like this you can really feel the difference. It’s also nice to finish the season like that, after a very difficult first part, when we had to learn the car and come to grips with it. We really did a very good work with Volkswagen and WestCoast Racing, and I am really proud of what we achieved together. I’m also proud to have scored the points that earned the Volkswagen Golf the Model of the Year award.”

Josh Files: “It’s the end of a very busy and intense TCR season for me, which started here by winning the Middle East series, an excellent way to prepare the season. Then came a second title in the TCR Germany, the toughest TCR series, after a long and closely-fought season. I was in contention also for the Europe Trophy in Adria, finishing on the podium, and here I am again on the podium in the closing round of the TCR International. I thank M1RA for inviting me. Of course, the objective was to help Attila Tassi in his title quest, but it turned out it was not to be for him. In Race2, I had fun battling with Dupont, I knew he had a puncture and I would pass him, but it was intense and fun the entire race.”