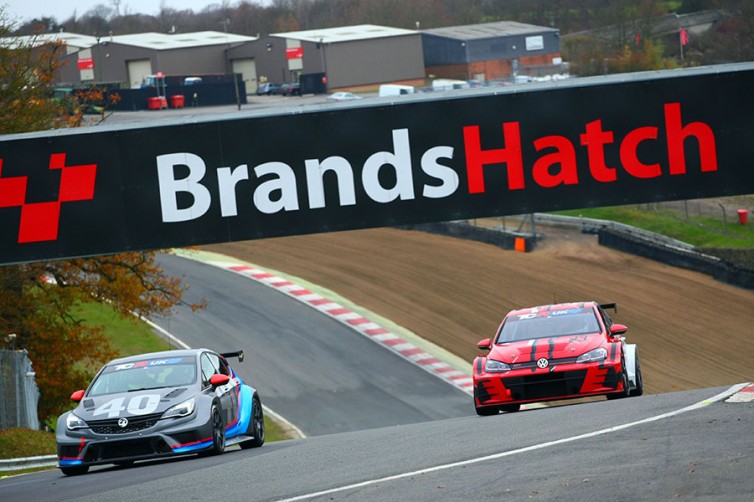 TCR UK’s first official act took place at Brands Hatch yesterday, as the series’ Demo Day attracted a number of potential competitors who were eager to discover the TCR racing cars.
No fewer than 34 drivers were given the opportunity to test cars from seven different brands on the Indy Circuit, under the guidance of the respective tutors: the freshly crowned TCR International Series champion Jean-Karl Vernay for the Volkswagen Golf GTI, Gabriele Tarquini for the Hyundai i30 N, Jordi Gené for the SEAT León, Frédéric Vervisch for the Audi RS3 LMS, Thomas Jäger for the Opel Astra, Josh Files for the new Honda Civic Type-R and Mario Ferraris for the Alfa Romeo Giulietta.
Invited guests also had the opportunity to meet technical and sales personnel from the different customer sport departments of each brand, including staff from Peugeot Sport, although a Peugeot 308 car was not available.

Series promoter Jonathan Ashman commented: “We were very pleased to see so many people attending, which shows how much interest there is around TCR in general and TCR UK. This makes us confident that the series is facing a successful maiden season in 2018.”

The day also offered an opportunity to test for the local teams that already have their own cars: Brisky Racing and Motorbase Performance (both VW Golf), Pyro Racing and SWR (both Honda Civic) and Carl Swift (SEAT).
The TCR UK series will be officially launched on March 6th, 2018 at Silverstone. The actual racing season will kick off on the very same racetrack over the weekend of 31st March / 1st April.