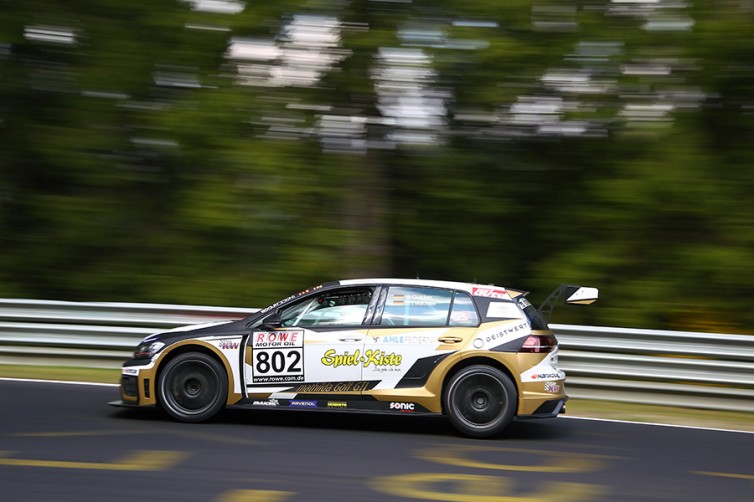 VLN – Leuchter and Gülden finish on a high note

The Mathilda Racing pairing of Andreas Gülden and Benjamin Leuchter finished the VLN season on a high note, claiming another victory in the TCR class with their Volkswagen Golf GTI. This was the sixth win of the season for the two Germans who, this time, shared driving duties with their compatriot Michael Schrey.
The Golf #802 completed 26 laps of the Nordschleife in the 4-hour DMV Müsterlandpokal and were classified 26th overall out of the 146 starters.
Second place in the class went to the SEAT León driven by Benedikt Gentgen and Arndt Hallmanns that crossed the line with a gap of 3.29.
One lap down, Gülden and Leuchter claimed the third place as well in the Mathilda Racing’s second Volkswagen cars they shared with Michael Paatz.