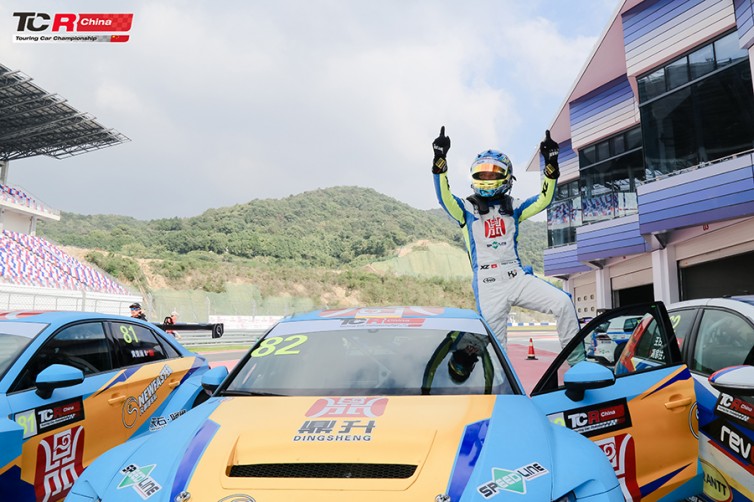 At the wheel of his Audi RS3 LMS, NewFaster Team’s Andy Yan made an impressive hat trick in the fourth event of TCR China at Ningbo, winning both the sprint races on Saturday and the 60-minute long race on Sunday.
These results helped Yan to stretch his leadership in championship to 48 points ahead of his teammate Huang Chu Han, while Alex Hui (TeamWork Motorsport) is lying in third position, 69 points behind the leader.
Yan began the weekend with a lights-to-flag victory in Race 1, while his teammate Huang and TeamWork Motorsport’s Alex Fung were in a close fight for the second position. On lap 6, Fung’s Volkswagen Golf overtook Huang’s Audi to finish second, while Hui in another TeamWork Motorsport Volkswagen recovered to fourth after a poor start.
Yan encored in the second race with another authoritative win. Huang retired on lap 2 after making contact with Hui who rejoined at the back of the field. Deng Bao Wei drove his Leo109 Racing’s Audi to finish second, while his teammate Lin Li Feng completed the podium in his Volkswagen Golf.
Sunny Wong (TeamWork Motorsport Volkswagen Golf) chased Yan during the first half of the long race, but could not find a gap to pass. They both pitted at the same time, while Yan continued by himself, Wong handed the wheel over to Fung who eventually finished second. The fight for the third position saw Hui and Lin making contact, which helped Huang to claim the last spot on the podium.
TCR China’s next and final event will take place at the Guangdong International Circuit on December 31.