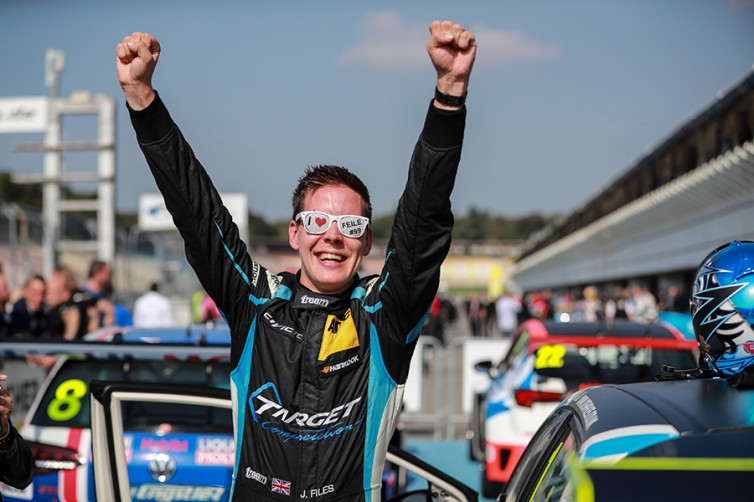 Josh Files has been called by M1RA to race in a third Honda Civic car at Dubai Autodrome, for the final race meeting of the TCR International Series.
The Briton will join team’s regulars Attila Tassi and Roberto Colciago with the task of supporting them in the fight for the Drivers’ and Teams’ titles.
During the latest two seasons, Files has emerged as one of the most successful drivers in TCR cars, having won twice the ADAC TCR Germany title (2016 and 2017) and the inaugural TCR Middle East title (2017). Most recently, he was classified third in the TCR Europe Trophy at Adria after winning the first race.

Files said: “This will be my third straight year contesting the final round of the TCR International Series. I’m thrilled to be doing it and am aiming to challenge for victories and to help M1RA and Honda achieve their title ambitions, despite the circuit being new to me. M1RA have done a superb job in their first year, have an incredible record for such a young team and always field fast and well-presented cars. I can’t wait to get going.”

The Hungarian team is still in contention for the Drivers’ title, but Tassi needs to fill a 21-point gap from Leopard Racing’s Jean-Karl Vernay; M1RA has a comfortable 71-point margin in the Teams’ standings ahead of Lukoil Craft-Bamboo Racing.
In the Model of the Year standings, the Honda Civic leads the Volkswagen Golf GTI by 30 points.