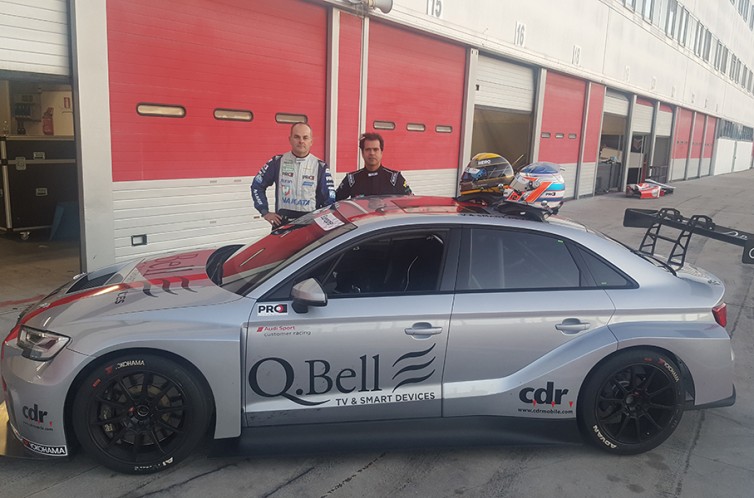 Márcio Basso and Flávio Figueiredo were the first Brazilian drivers ever to test a TCR car. As the fame of TCR racing has spread down to South America, teams and drivers are showing interest in the category.
Basso has spent the previous seasons at the wheel of GT cars, finishing second in the AM class of the GT Open series driving a Mercedes AMG GT3, while ‘Noño’ Figueiredo boasts a long and successful career in Touring Cars, including three national titles in the StockCar Light (1994) and the Cópa Petrobras de Marcas (2016 and 2017), plus race victories in the South American Supertouring Championship (1997 and 1999).
They both had the opportunity to test an Audi RS3 LMS of the TCR Academy at the Adria International Raceway.
Basso was delighted: "It is a really nice car to drive, with a perfect balance between power and grip. I have some experience with front-wheel driver cars, because I also raced in the Brazilian Touring Car Championship, so I was able to make a comparison. I enjoyed a lot this experience and would like to thank Maurício Slaviero and the TCR Academy for givin me this opportunity. I hope to be back next year."
Basso completed 100 laps of the Italian racetrack and is working on a programme to race in the TCR Endurance Cup in 2018.
Figueiredo is considering a participation in the 2018 TCR European Series: “I think the TCR concept is one of the best at the moment. I wish we had this championship in Brazil!"