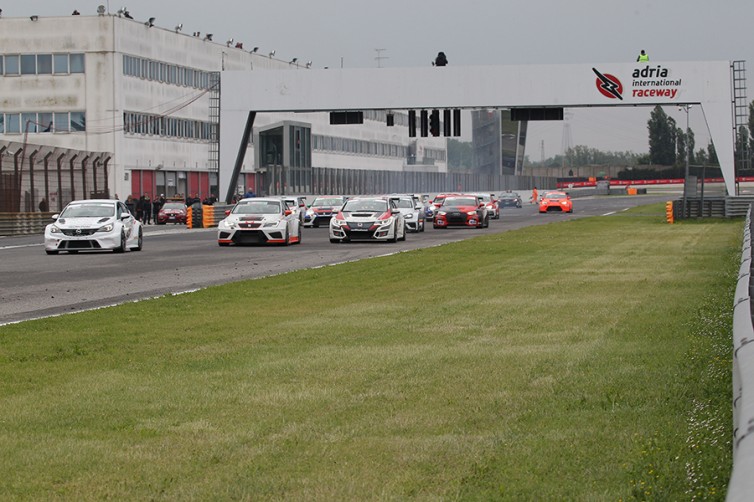 The 2017 TCR Europe Trophy will be awarded this weekend in a one-off event at the Adria International Raceway.
Drivers who have raced in the various TCR series and championships all over Europe are eligible to take part in the Italian race meeting and those who have entered have been allocated Pre-Qualifying points based on the number of TCR appearances they have made during the season.
The Adria International Raceway is located in the North-East of Italy, in the delta of the river Po, some 60 kilometres South of Venice. It was inaugurated in 2002 and has hosted a range of international races such as the FIA GT and ETCC and the DTM.
It was there that TCR Italy ran the opening event of the current season, when Eric Scalvini won both races at the wheel of a MM Motorsport Honda Civic.
The format of the TCR Europe Trophy will follow the same pattern as the TCR International Series, with two 30-minute Free Practice sessions on Saturday morning and the 30-minute Qualifying on Saturday afternoon that will be split into Q1 (20 minutes for all the competitors) and Q2 (10 minutes for the 12 fastest drivers in Q1). The two 60-kilometre races will be run on Sunday.
Drivers will also have the opportunity to take part in three test sessions on Friday.